Celebrities from the Philippines grace the stage to entertain Filipinos in California. 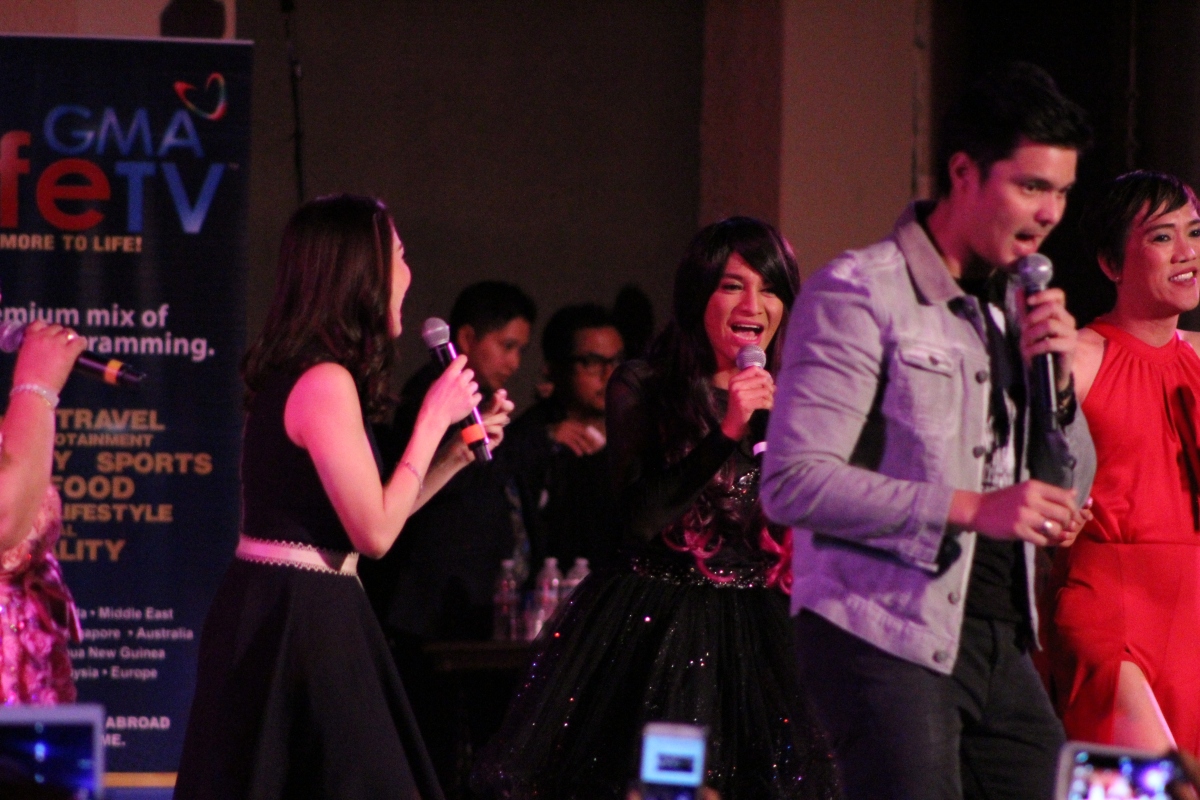 As some of you may not know, I (Jaja, @theforevertourist) was born and raised in the Philippines. I have been living in the United States for the 12 years.  In that time, I’ve learned to embrace other cultures, thanks to the friends that I’ve met. But nothing feels better than engaging yourself in your own culture. In my case, parts of my culture that I have not embraced in a while. Like Filipino entertainment!

I was lucky enough that someone gave me tickets to see a concert of a famous celebrity couple from the Philippines. The concert is called DongYan.. Laugh Trip in America. The main act is husband and wife Dingdon Dantes and Marian Rivera. They are both big celebrities in the Philippines. They met in the industry and got married a couple of years ago. Together with them is a group of comedians, namely Ate Gay, Boobsie Wonderland, and Boobay.

For their opening acts, different talented performers from around California (and even Texas) opened the show with their dancing and singing skills. 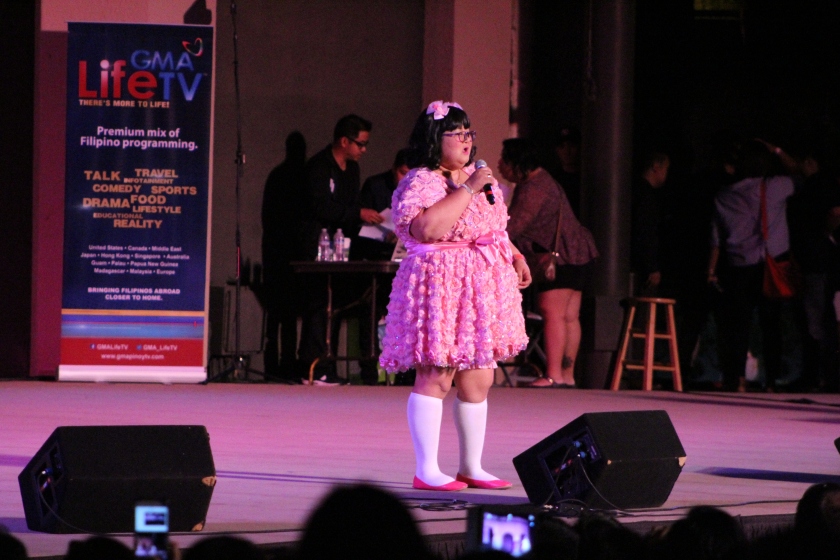 Boobsie came out first with her stand-up comedy, and even graced us with her very powerful singing voice. This was the first time I’ve heard of her, and I was glad I went to this show. She was very funny and I was very amazed at her singing. I’ve been watching her performances on YouTube. 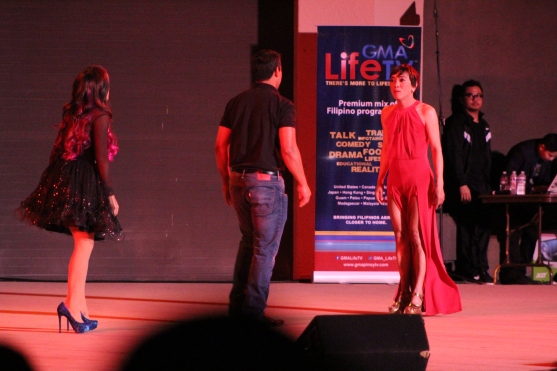 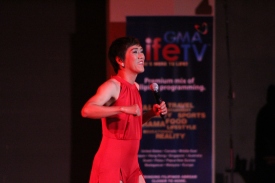 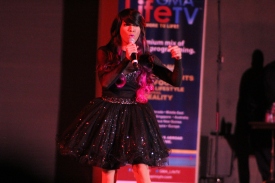 Next came Boobay and Ate Gay as a comedic duo. Since they’re both singers, they performed a mixture of stand-up comedy and mash-up duets. I especially liked Ate Gay for her one of a kind talent of making on the spot mash-ups. Boobay would say one song and Ate Gay would do the mash-up. Yes, I know it’s probably rehearsed. Haha. But she’s been doing the impromptu mashups back home and it really is quite impressive, sometimes even mixing songs in English and Tagalog. 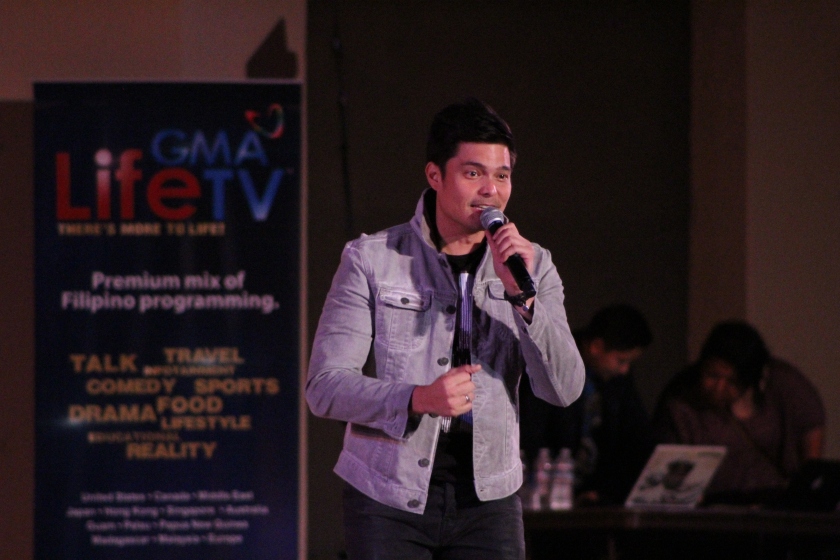 And then, they brought out Dingdong Dantes. Admittedly, I’m not a big fan or anything like that. But he’s one of the famous “teenage actors” in the early 2000s, my -aherm- generation, and I did get my share of giddy feelings. So to see him on stage singing and charming the pants off all the ladies in the audience was quite fun. So yeah, while he was singing and performing on stage, I allowed myself to be mesmerized. *giggles* 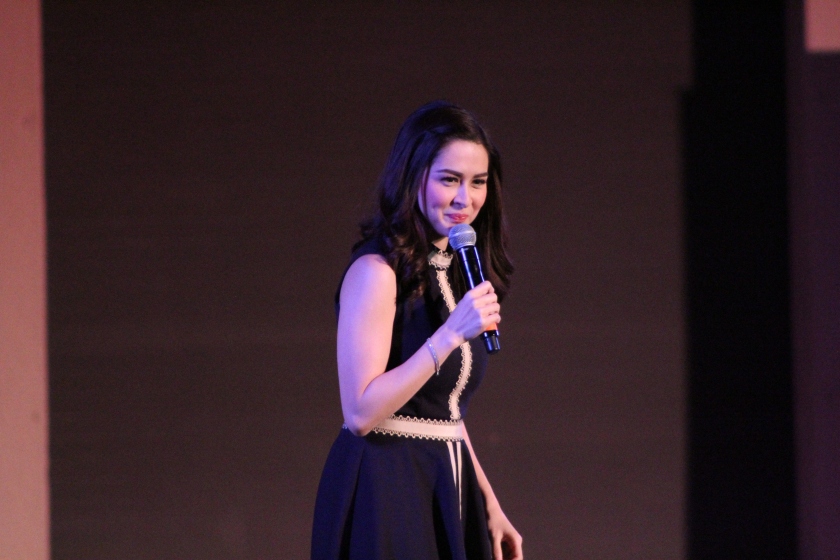 Finally, the belle of the ball came out – Marian Rivera. Okay, so. She became famous when I was already in the US so I didn’t really know her. But I saw her perform at another concert a couple of years ago in Los Angeles. She is really, really, REALLY pretty. One of the segments of the concert was she would talk about all these romantic/heartbreaking situations, and the comedians would act out the bits, and she would sing the accompanying song after the scene. 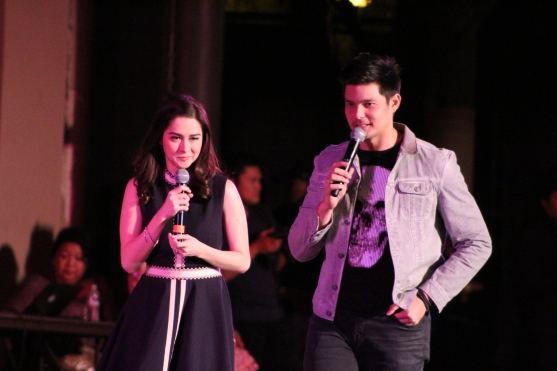 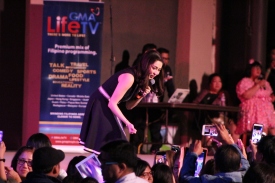 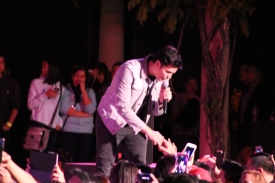 As a finale, all of the performers came onstage to sing a medley. At that time, everyone was invited to stand in front of the stage, take pictures, get autographs, and interacts with their favorite celebrities. 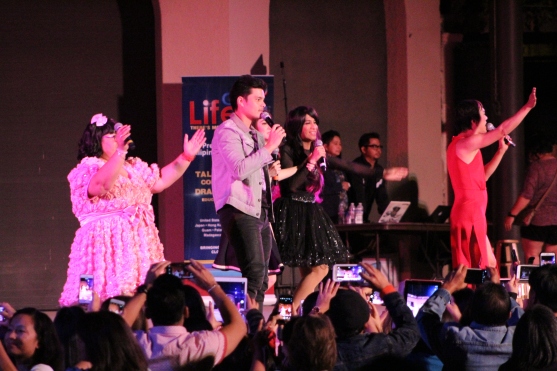 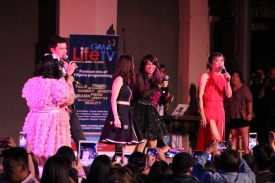 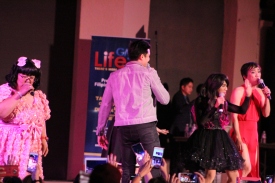 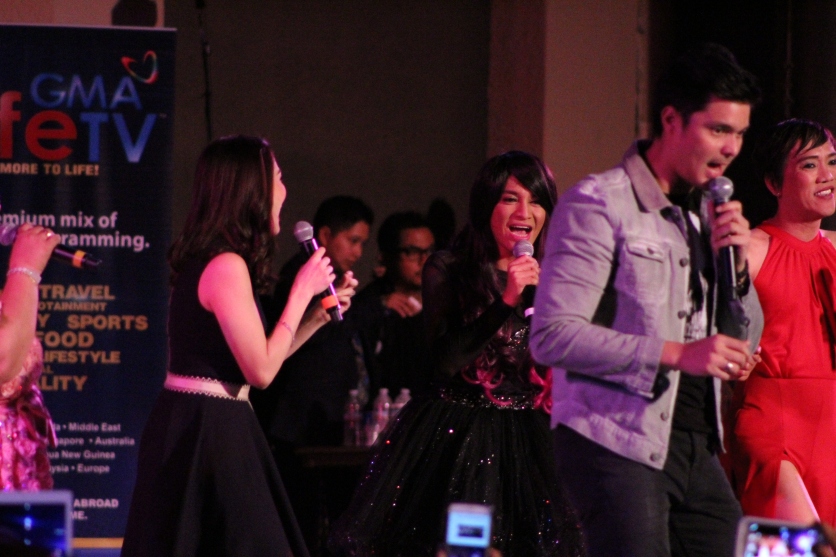 I enjoy living in the United States, but I do miss the Philippines. When I get the chance to go to these events, I really enjoy myself because I really miss the culture. And being surrounded by Filipinos, hearing the chatter in my native language, and engaging with them as if I know them is just so fulfilling that it lessens the homesickness.

Check out the beautiful glow these vintage lights give off along the street of downtown Los Angeles. 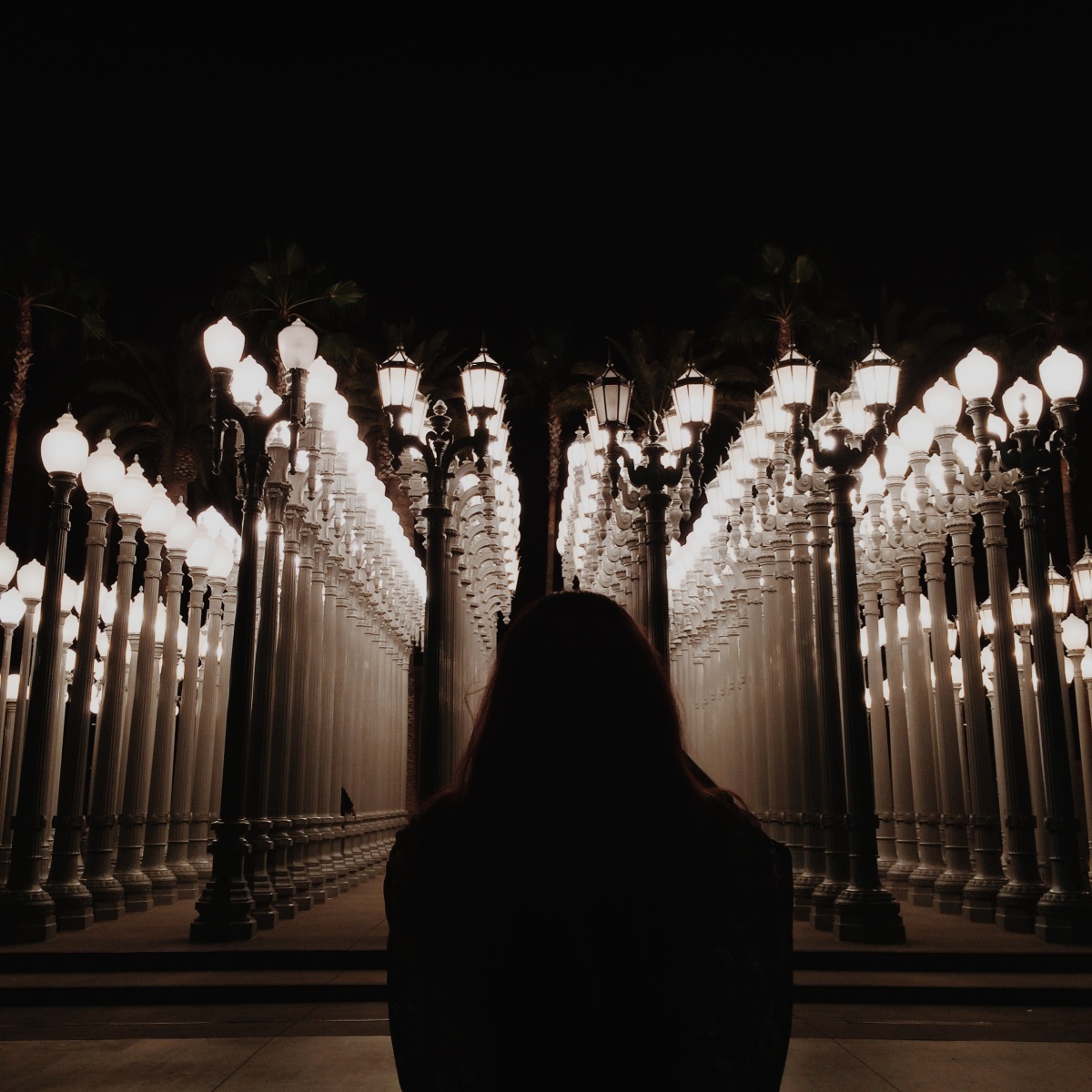 First off, I wasn’t sure whether to put this post in our Arts and Entertainment Tuesday or in our Wanderlust Wednesday section. But seeing as the Urban Light is an iconic LA landmark, I figured that it would be better off in our Arts section. 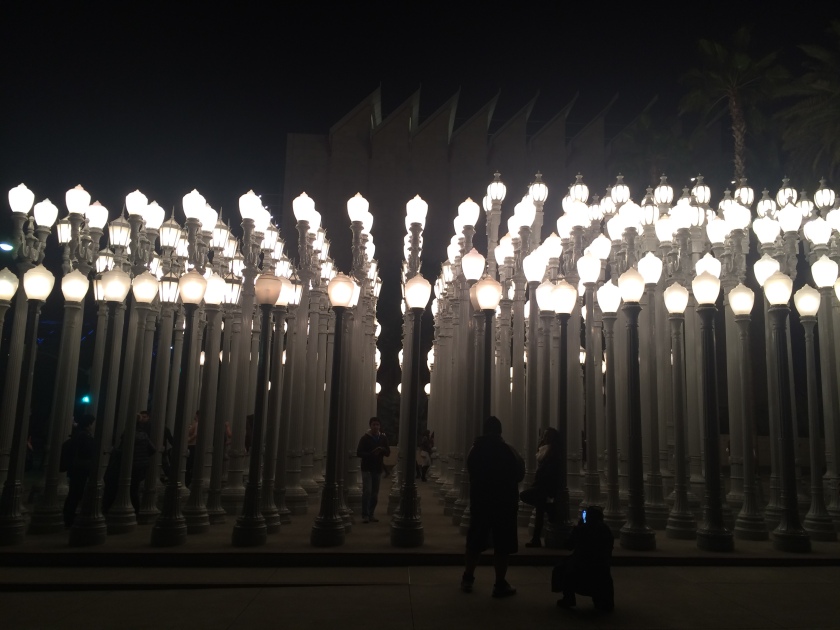 Chris Burden is the artist behind Urban Light, an art installation that is composed of 202 restored vintage street lamps from the 1920s and 1930s. Housed just outside the Los Angeles County Museum of Art, the installation has become a staple destination for locals when it comes to photo shoots, music videos, and the like. Visitors from around the country has also made a stop to check out the bright lights that this art work provides along the street of Wilshire Blvd. 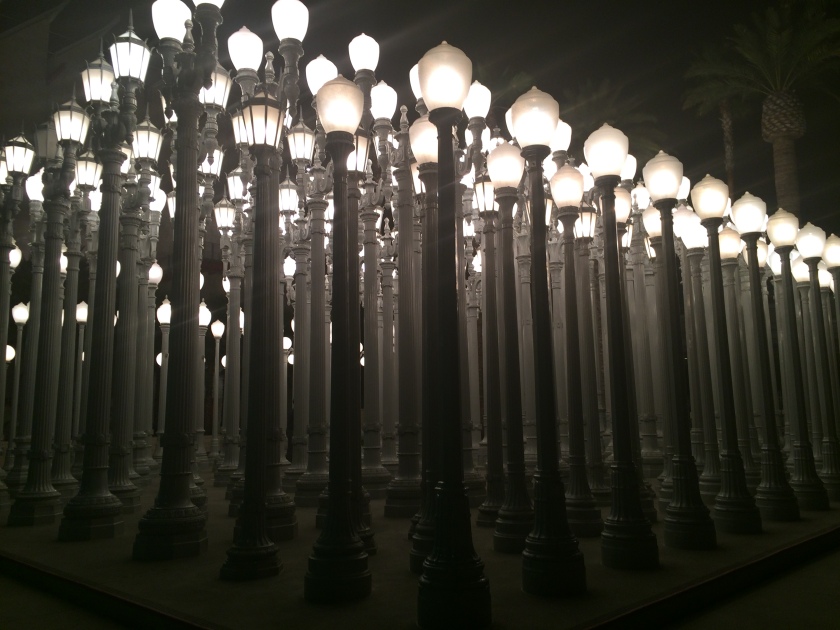 Burden started his collection of street lamps in 2000. He bought his first two lamps at a flea market for the price of $800 each. At first he had no direction as to how he was going to turn this collection into an artwork. He found a contractor and fellow collector to help him acquire more lamps, repainting them, rewiring, etc., basically bringing the lamps back to life. 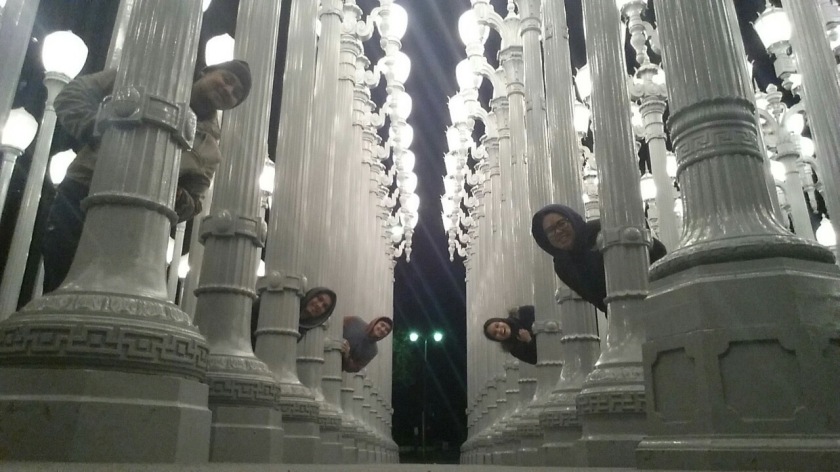 The lamps are solar-powered and are turned on at dusk. Most of his lamp collection came from Southern California, some from Portland, OR. There are 17 distinct designs, or looks, and they all depend on which area they came from. Outside the museum, these gorgeous street lamps are arranged in a beautiful pattern on a grid, with the shorter ones on the outside, and towering lights in the middle. 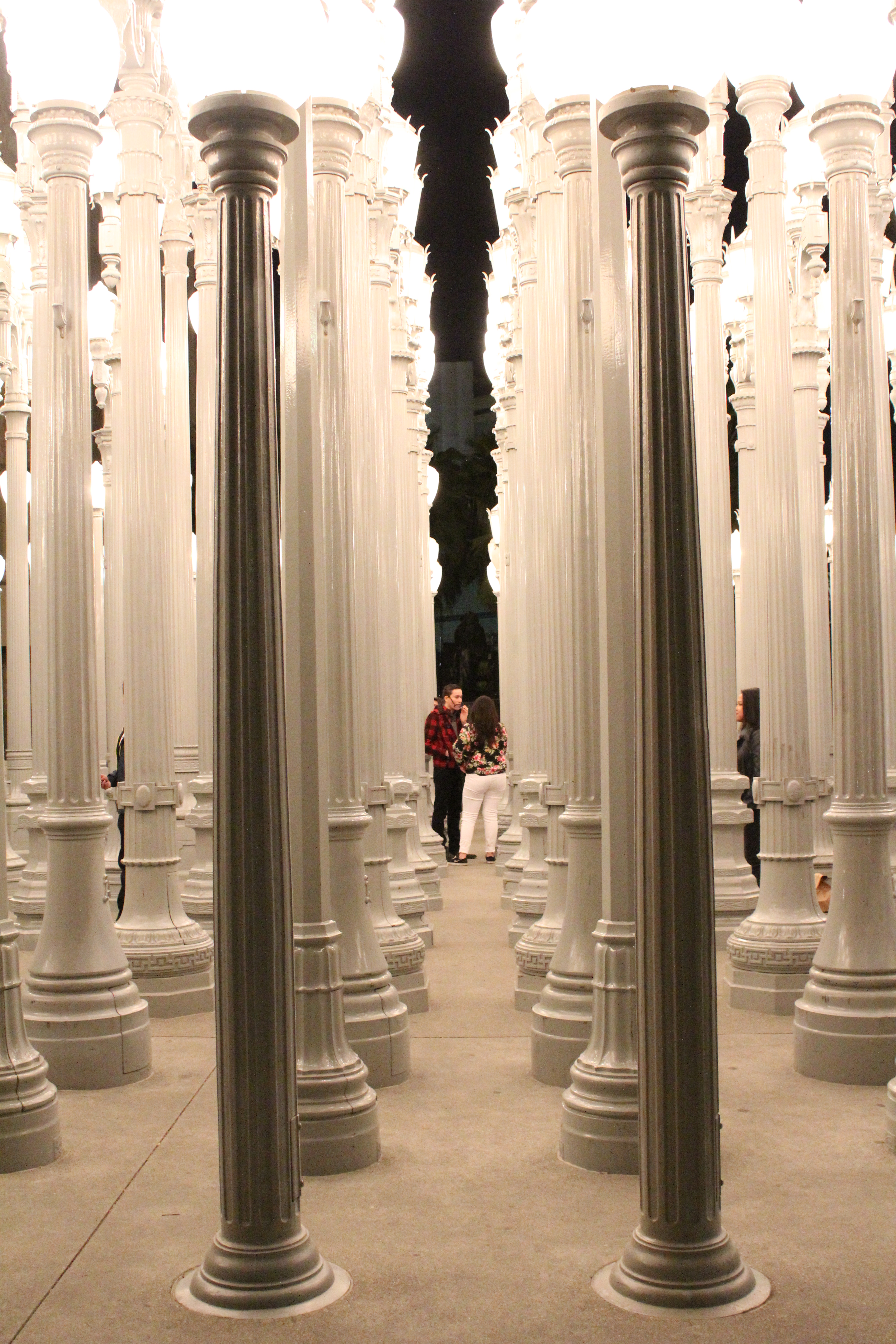 Burden talked to several possible locations for the lamps to be housed, sometimes even sending a small set to different locations, but he much preferred to keep his collection together. Eventually, LACMA’s director that time, Michael Govan, saw the lights in Burden’s studio and thought that the collection would be a perfect fit at the entrance of the museum. 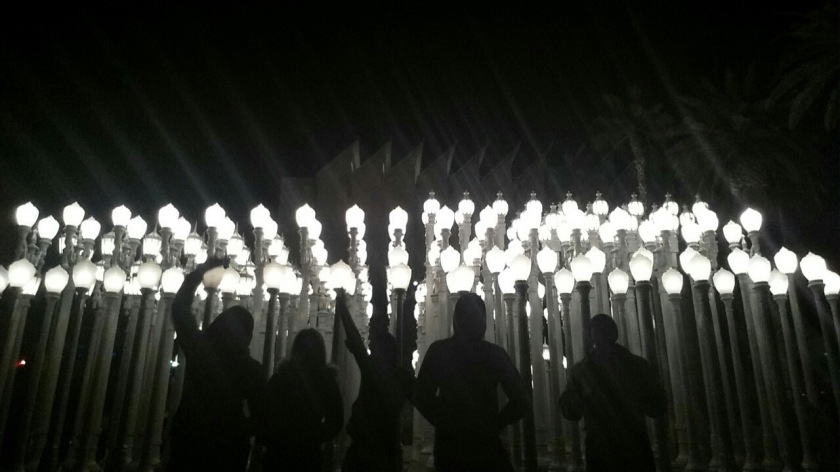 Since it’s installation in 2008, Urban Light’s popularity has soared, and  rapidly became a much photographed location, making it one of many iconic Los Angeles views.

So the next time you guys ever find yourself in downtown Los Angeles, make sure to stop by and pose in front of this beautiful installation of the late Chris Burden in front of LACMA.